Clint Arthur: Hey, everybody this is Clint Arthur and I am online with the latest magic messenger and one of the most successful ones of all of the magic messengers his name is Richard Steinhoff and Rich is a real estate professional, he is an ex-marine from the United States Marine Corps, he is a bestselling author, and he also happens to be a magic messenger who bagged the elephant what I mean by that is that Rich booked himself on Fox News in Los Angeles for two spots and that is the number 2 market in the United States. It took me, Clint Arthur, almost two years to be able to book myself on Fox on a Los Angles station. And Rich managed to accomplish that in less than four months after taking the new TV power training program. So, Rich first of all thank you very much for joining me on this call and congratulations!

Richard: Thanks Clint. I’m happy to be here.

Clint Arthur: Well Rich lets take it from the beginning why don’t you tell the people about your basic demographics like how old are you? How long have you been in your industry?

Richard: Okay. Yeah I’ve been in the real estate industry a little over 30 years and the 20 years prior to that I was in Aerospace industry working on the Apollo and space shuttle programs.

Clint Arthur: And when you were in the Marines?

Clint Arthur: See, what I think is so special about you is that you bust a lot of myths. See there are all these myths out there about who can and cannot get on television. You have to be young to get on television would you describe yourself as young, Rich?

Richard: I am not young. I have been around a while.

Clint Arthur: You have to be famous to get on television, Rich would you describe yourself as being in anyway famous?

Richard: I am in no way famous. I am in my own mind.

Clint Arthur: Have you ever been on television before?

Richard: Before Fox, yes I was on TV in Palm Springs about a month prior.

Clint Arthur: And you booked yourself on those spots as well didn’t you?

Clint Arthur: Fantastic! And that was as a result of your work with New TV power?

Richard: Absolutely! I think it was a direct result because we spent probably I don’t know how long, three hours on the phone going over my pitch. Five things you should never do when selling your house and that’s the pitch I used to get on that show.

Richard: I have no experience. And what’s interesting enough is that the people didn’t really care they didn’t ask me if I’ve been on TV before.

Richard: I have no PR agent at all and no publicity firm.

Clint Arthur: So, how the hell did you do this Rich?

Richard: Well, I did it because of you. I mean you took me through that whole process of how to set it up and what to say and it really works. I mean I was stunned particularly one in Palm Springs, I was stunned when he said when can you come out here I have told them I didn’t expect that kind of response and so after I made the call a week later I was on the show. Then I am going to tell you they set up a separate set for me and because we had props, you know the props? And so they had to set up a separate table and back prop and everything and they had a different producer come in and interview me. And so three days later, that was on a Friday. On Tuesday I got a call from Anthony who was the anchor of the show. And he said he wasn’t happy with the way that segment went so then we actually got through one tip she was fascinated with my props and that’s why. Anyway, so he said “I would like you to come back and when can you come back.” So, two weeks later we went back and we did a segment where I just sat at that anchor desk with the news anchor and we talked and got through the whole five tips along with a bunch of other things and it was great and thank you Clint.

Clint Arthur: Okay. Now Rich my strategy for my students is that I ask them to book themselves on the smaller stations like Palm Springs and Palm Desert before they go ahead and get on to a bigger station in a more populated market like Los Angles which you’ve done would you say that this strategy was useful for you in preparing you for success in America’s number 2 Neilson market?

Richard: Absolutely. I mean having been on several times a small station I was totally at ease when being interviewed by a big time producer on Fox.

Richard: I don’t know they kind of treated me like a celebrity.

Clint Arthur: Really, how so?

Richard: I just got the Royal treatment with the film crew and everything, it was great

Clint Arthur: Awesome. So, how has this television exposure impacted you in your life on a personal level, lets start with that.

Richard: Well it has impacted me in several ways and one is I sent the clip out to my entire database and about half of them responded by email. A couple of them called me and I’ve already picked up a two not new prospects because they’re the same prospects but two clients that are looking for property right now commercial property and because of that clip they called me and said “Hey can you help me with this.”

Clint Arthur: Okay, so just to be clear you have now two new clients as a result of your appearance on Fox Los Angles?

Richard: Yes. I haven’t talked to everybody yet so I’m sure it’s going to be more than that.

Clint Arthur: Okay, very good. How about on a personal level like that that’s a professional level what about personally how is that?

Richard: At a personal level it makes me feel like a Rockstar and everybody my family friends everybody that saw that clip it was totally impressed and I think maybe have a little bit more respect for me in admiration than I had before and it’s been just an exhilarating experience I can’t even tell you how great it makes me feel to have my entire family and friends in data base proud of me and happy to know me.

Clint Arthur: Well, I will be always happy to know you man even before yeah before.

Clint Arthur: You always had a little bit of attitude about this whole thing Rich. I provide our training call as part of the training for new students because I was so tough on you, but I thought you could take it because of the background in Marines and I really wanted you to get it so I always liked you and I always thought you had a great attitude.

Richard: Yeah well we do we got it obviously.

Richard: Thanks for sticking with me.

Clint Arthur: Alright, and what about you know I also say that there are spiritual benefits to being on television do you feel if you get in real estate for 30 years that’s a long career do you feel that you have kind of a mission in your career, does that motivate you in anyway?

Clint Arthur: And do you think that these appearances that you’ve done recently have helped you to be able to fulfill your spiritual mission to help America’s home owners?

Richard: Yes, it got me on the path to doing that.

Clint Arthur: Yeah, baby! Awesome. Alright. Well, is there anything you would like to say to people and specifically to authors or other real estate professionals who may be considering pursuing local TV as a means to getting their message out into the world?

Richard: Yeah and it’s a don’t even think about it just do it but before you do it take Clint’s course.

Clint Arthur: It’s very good. Thank you very much Rich, you did a great job and I really appreciate it tell the people how they can find out about your book?

Richard: My book is called Turning Myths Into Money an Insider’s Guide to Winning the Real Estate game. It’s on Amazon.com and on barnesandnoble.com Barnes Noble book stores and books a million book stores and also on my website at hrichardsteinhoff.com.

Clint Arthur: Spell out your website for the people because there may also be people out there who need help with their real estate in Southern California and I’m sure they want to get in touch with you as well.

Clint Arthur: It’s hrichardsteinhoff.com. I’ll definitely put the link in the description of this call and I am going to be sending this out to all of my people and I would encourage anyone who needs help with real estate or wants to find out more about Rich’s services as a real estate professional to get in contact with Rich because he is a person who knows what the heck he is talking about, thank you Rich.

Clint Arthur: Alright anybody who is interested in new TV power and learning how to harness the power of local TV that will propel your career as an author or whatever your profession maybe if you want to find out more about I’ve three free training videos at www.newtvpower.com 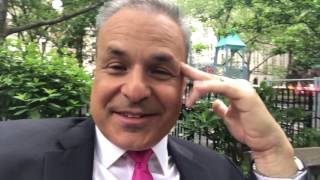